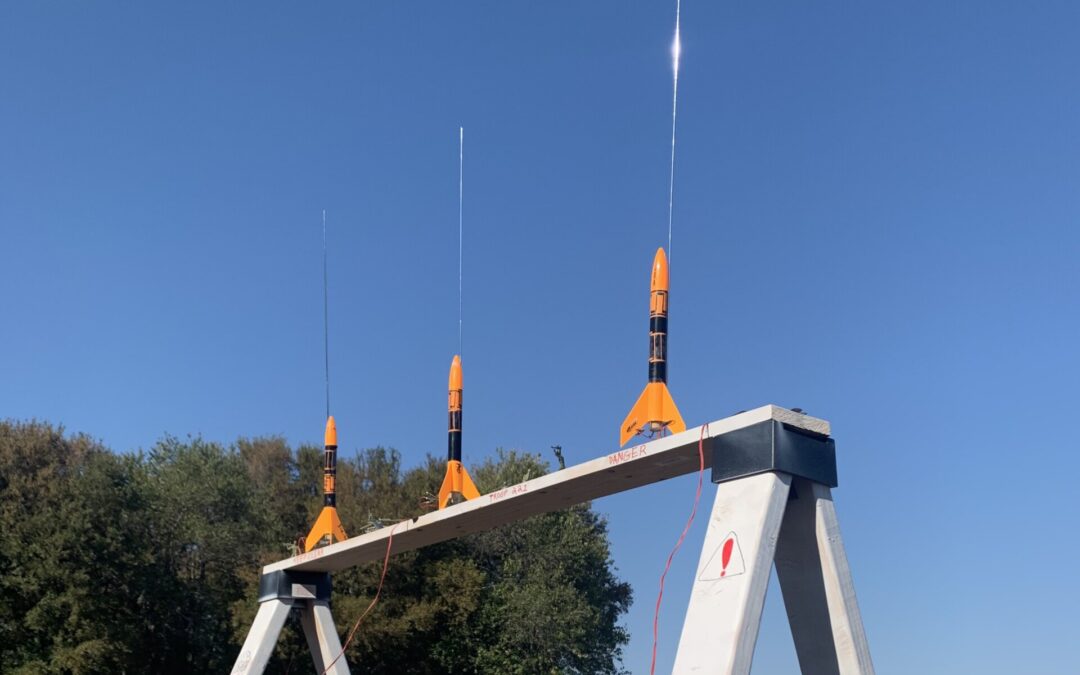 After our first campout in six months, we were excited to return again in October. This month we were joined by several Webelos. We love the opportunity to show future scouts how awesome Troop 221 is! We arrived on Friday, setup our tents and hammocks, and had our typical Cracker Barrel (crackers, summer sausage, and cheese) before heading to bed.

On Saturday, we taught the Webelos the Bowline knot, campsite setup, and cooking. After the Webelos mastered their knots, we started a round of Capture the Flag. It was amazing! After a little lunch break, we launched model rockets! Each of Webelo and scout made and launched a rocket up in the air. Some went as high as 60 feet! It was a blast (no pun intended)!

After launching rockets, we participated in a cooking competition for the Golden Spoon. Each patrol plans, cooks, and enters an entree and dessert. This weekend, we let the Webelos parents judge. We prepared some amazing entrees, including a copycat Chick-Fil-A sandwich, and some really creative State Fair-themed desserts, including funnel cake and fired Oreos! To end the day, we had a massive bonfire. Each patrol performed skits and one of the older scouts gave their words of wisdom. It was really cool hearing his journey through the scouting program and how much it had shaped him. After a jam-packed day of fun, it was bedtime.

We woke up Sunday, had a quick “no-cook” breakfast and did Roses-Buds-Thorns (RBT). A rose is something good that happened on the campout, a thorn is something bad, and a bud is something to work on for the next campout. We ended the campout with a great worship service led by our troop capelin.

As much as we had fun, we can’t wait for the November Backpacking campout!